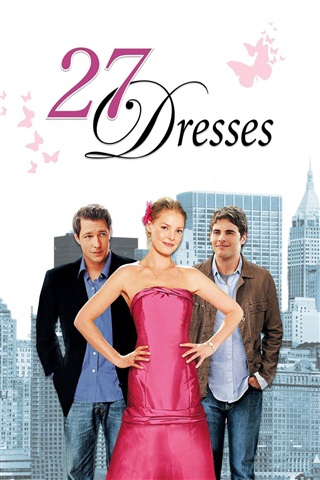 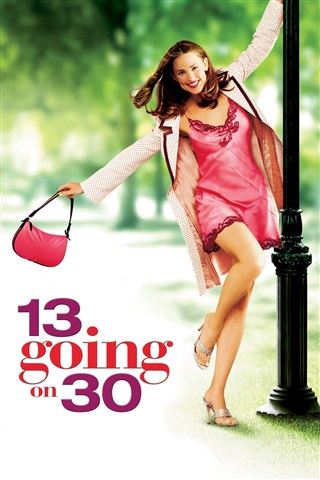 For some, 13 feels like it was just yesterday. For Jenna, it was.

Jenna Rink (Jennifer Garner/Christa B. Allen), a girl celebrating her 13th birthday in 1987, wishes to be 30 in hopes that it would help her overcome her unpopularity at school. Jenna especially wants to join the Six Chicks, a school clique led by Lucy Tom-Tom Wyman (Judy Greer/Alexandra Kyle), who takes advantage of Jenna's desire to fit in by manipulating her. Jenna's best friend, Matt Flamhaff (Mark Ruffalo/Sean Marquette), gives her a doll dream house he built for her and a packet of magic wishing dust for her birthday, which is sprinkled on the roof of the house. Tom-Tom dashes Jenna's hopes of joining the Six Chicks by pulling a cruel practical joke on her during a game of Seven Minutes in Heaven. Jenna, mistakenly thinking Matt was responsible, gets angry with him and barricades herself in the closet where she put the Dream House. She cries and rocks backs and forth, bumping into the wall, wishing to be Thirty, flirty, and thriving. The wishing dust from the dollhouse sprinkles on her, and seconds later, Jenna awakens as a 30-year-old woman living in a Fifth Avenue apartment, without her friends or family. It is now 2004, but Jenna has no memory of the 17 years that have passed since her 13th birthday. 30-year-old Jenna's new best friend Lucy -- no longer nicknamed Tom-Tom -- drives her to her work office. Soon, Jenna discovers she works for Poise, her favorite fashion magazine when she was a teenager. Without her best friend from 1987, Jenna asks her assistant to track down Matt. To her dismay, Jenna learns she and Mattie have been estranged since high school when Jenna fell in with the in-crowd, and that Matt is now engaged. This is complicated by the fact that Jenna has become a shadow of her former self. She has lost almost all contact with her parents, and she is having an affair with the husband of Tracy from the art department. Not only is she generally despised by her co-workers, she is suspected of giving her magazine's ideas to a rival publication, Sparkle. Jenna slowly realizes that the person she has become is neither trustworthy nor likeable, and unknowingly begins to reverse the situation by distancing herself from her new, shallow boyfriend, acting kinder and more honest to her co-workers and friends, and trying to restore her relationship with Matt. After Jenna overhears Lucy badmouthing her to a co-worker, she sadly realizes that what she thought she wanted wasn't important after all. She heads back to her hometown in New Jersey to reunite with her parents and reminisce by looking through school yearbooks and other items from her school days. These inspire her on her return to Manhattan. Over several outings and working together on a magazine project, Jenna becomes friends with Matt again. Although Matt is engaged and Jenna has a boyfriend, they kiss during a nighttime walk. Dazed, Matt realizes he loves Jenna, but cannot change the past. After arranging a magazine photo shoot with Matt, then making a successful presentation for a planned revamp for Poise, Jenna prepares for the revamp when she gets bad news from the publisher: Poise is shutting down because the work she put into the relaunch ended up in Sparkle. Jenna learns she was responsible for sabotaging Poise from within by sending their material to Sparkle for months. When Lucy learns this, she cons Matt into signing over the photo rights from the relaunch shoot to her. She accepts the position of Sparkle editor-in-chief, using Jenna's work as her own -- as she did when the girls were in high school. When an already-distraught Jenna discovers Matt is getting married that day, she rushes to his house and begs him to call off the wedding. Matt cannot say yes, although he tells Jenna he loves her. From his closet, he pulls the dream house he made 17 years before and gives it back to her. Jenna leaves in tears, crying over the dream house and wishing she could return to 1987. Unbeknownst to Jenna, specks of wishing dust remain on the dream house, and her wish is granted. Thirteen again, she kisses Matt, confronts the snobby Lucy (Tom-Tom), tears up the homework Lucy had manipulated her into writing, and spills juice over Tom-Tom's outfit before happily leading Matt away. At a future date (presumably 2004), the adult Jenna and Matt emerge as newlyweds and move into a home identical to the dream house Matt built when Jenna was 13 -- sharing a packet of their favorite childhood candy, Razzles. (Source: WikiPedia. Bangs_McCoy)

10 Rules for Sleeping Around 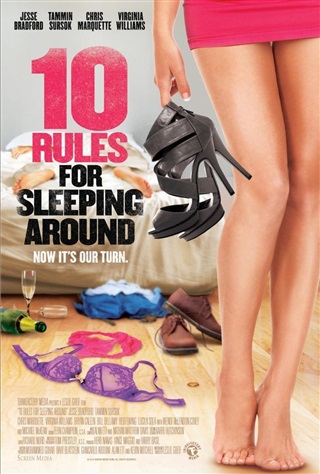 10 Rules for Sleeping Around

Now It's Our Turn.

A screw ball sex comedy following two couples and their ten rules to a happy healthy and open relationship. |